Traditional Paisa Food to Try During Your Medellín Vacation

Traditional Paisa Food to Try During Your Medellín Vacation 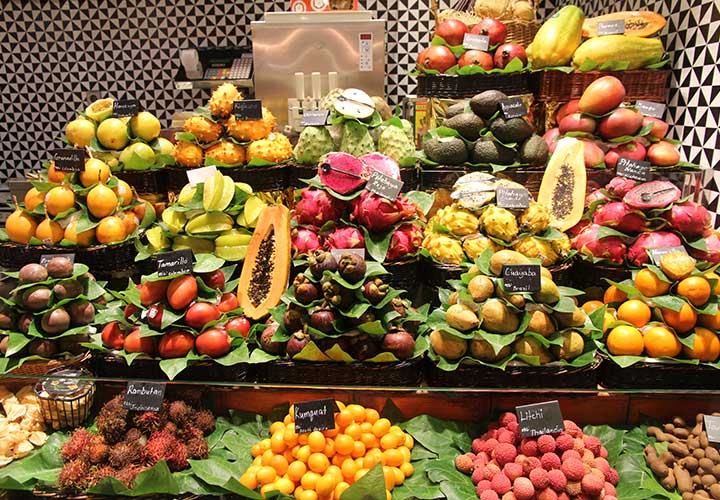 One of the most exciting parts of travel – and, for me, really the best part of almost any day, is devouring some savory comida. Like many foreigners, I initially made the incorrect assumption that, as you travelled south of Mexico, the food would get spicier. Contrarily, and as I hear from foreigners here all the time, the local food tends to be quite bland. While this is undoubtedly true of the flagship local food, arepas, there is a good mix of other local cuisine that one should definitely try to get a well-rounded gastronomical experience in Medellin.

The locals will be proud of you, if you try some of the following traditional paisa food:

The national dish of Colombia is the Bandeja Paisa. It comes from the Antioquia region, which Medellín is the capital of, and the local people are called Paisas. The Bandeja Paisa is usually a massive portion, and generally consists of ground beef, chicharron, rice, beans, avocado, an egg, an arepa, and plantains. While individual restaurants may have their own variation, these main ingredients tend to be the staples of this traditional paisa food dish.

Patacón is made by squishing and then frying a plantain in vegetable oil. It is often served with hogao, which is a delicious tomato-based sauce, but they can also serve as the based to which many different toppings can be added (chicken, cheese, mushrooms, bacon, etc).

Sancocho is like a giant stew. I think part of the local population’s affinity for Sancocho has less to do with its actual taste and more to do with the circumstances that surround its preparation – as it is a very social way to eat. Sancocho is traditionally prepared in a giant pot, on top of a wood burning fire – and best of all – en la calle. While it is principally a tradition around Navidad, one can spot a Sancocho cookout in many neighborhoods year round. It is common for large groups of Colombians, whether families or just neighbors, to come together for a Sancocho feast. While the exact ingredients of Sancocho may vary from family to family, it typically includes a combination of potatoes, carrots, corn, cilantro, beef, chicken and onion. It’s one of the traditional paisa food, you should try.

Empanadas, which are typical to many Latin American countries, are found in abundance in Medellín. It’s hard to walk even a few blocks in any direction without encountering a small empanada shop, or even just an entrepreneurial lady with a deep fryer out on the street. They are generally inexpensive, unhealthy, and delicious, and usually are made with meat or potato ingredients stuffed inside wheat or corn dough. Empanada Express, next to Parque Poblado, makes my personal favorites, as they stuff them with all sorts of different ingredients. Many empanada chefs also make pastel de pollos, and palitos de queso, for a slight twist on this deep-fried snack.

Another popular deep fried street food is the buñuelo, which is basically just a fried dough ball. They are generally pretty plain tasting, and they can be inedible unless they are served hot and fresh. Some versions have them stuffed with cheese, but the plain variety is more commonly found. Many different locals have told me that there is a place close to Parque Sabaneta that has the best buñuelos around – I’m impressed that they have managed to gain notoriety for such a simple snack.

An article on Traditional Paisa food wouldn’t be complete without mentioning Arepas, but it is nothing short of a biological marvel that the locals have evolved taste buds to enjoy this food. Shaped like a hockey puck and with a similar density and texture, Arepas are usually made with corn or flour and are served at any hour of the day and with any meal. They become slightly more tolerable if they are smothered with cheese, bacon or butter, but generally, for me Arepas quickly become food for my dog.

Almost as widely available as empanada stands are little pop-up businesses selling chopped up fruits or fruit smoothies. While raspberry (mora) and pineapple (pine) are widely available, try something different by selecting guanabana, pitaya, or maracuya.

Made from sugar cane, this sweet green juice is abundantly available in El Centro. As you are wandering amongst the shops downtown, listen for people shouting the name repeatedly, or simply look for the big machine they use to process it. Available for just mil pesos, Guarapo is a very economical and delicious refreshment.

The Government of Antioquia (the departamento where Medellin is located) produces two different types of liquor: Ron Medellín, and Aguardiente.  Ron is simply rum, in English, and the most common variety is a dark rum aged three years. Aguardiente, often referred to as Guaro by the locals, is a licorish-flavored alcohol.

All other liquor is subject to fairly sizeable import taxes, which makes bottles of anything besides these two alcohols noticeably more expensive. Because of this, these two types of alcohol tend to be consumed at a disproportionately high rate on a normal night out.

While some might see this as a protectionist policy that discourages outside investment, it is worth noting that the proceeds of alcohol sales by the Provincial Government (officially distributed by La Fabrica de Licores de Antioquia) are used to fund the public school systems in the region. If they are drinking heavily on a night out, my Colombian friends will often joke that they are doing so… para que los niños puedan aprender! (so that the children can learn)

Which of these traditional paisa food and drinks have you tried? Do you agree or disagree with our assessment on the tastes? Any other “must try” local foods for those vacationing here? Leave a comment below.

See Also – How to Extend Your Tourist Visa in Colombi

Compare
Search
User registration is disabled in this website.