Tips for Securing a Long-Term Unfurnished Apartment Lease in Medellin 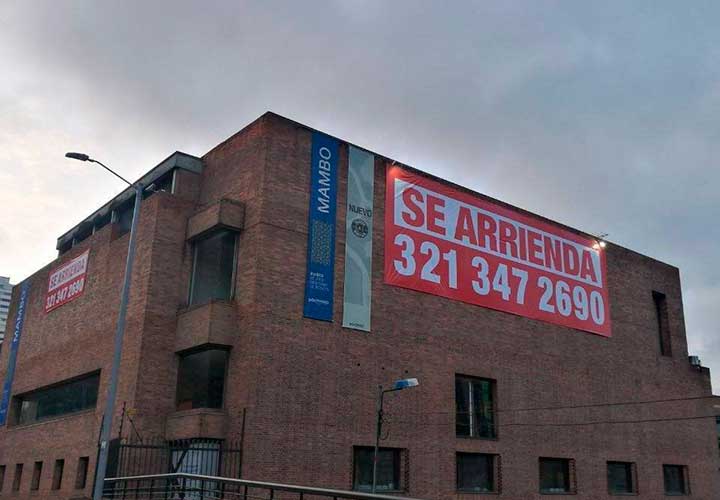 During my first year and a half in Medellín, I lived in 8 different apartments. I started with a Colombian family homestay in Ciudad Del Rio, then rented a couple nice furnished places in Castropol (El Poblado) before brief stints on Airbnb in Bello, Envigado, and Sabaneta. I wanted to experience life in as many different parts of the city as possible, and the proliferation of Airbnb and other furnished apartment rental websites made this quite easy.  My original plan was just to stay in Medellín for a few months (how things have changed is remarkable) so a long-term lease wasn’t initially on my radar at all.

However, as it became clear that my time in Medellín would be quite a bit longer than I initially planned, I started to explore the idea of a longer term, unfurnished rental. For one of my three bedroom furnished places in Castropol in 2016, a friend and I were paying (combined) $800 USD. I thought this was an amazing price, given that I was paying about twice that much for a more modest place in Tempe, Arizona the year before. However, my local friends were simply shocked that I was paying so much, insisting that I was being taken advantage of through the notorious ‘gringo pricing’.

The most common way for locals to secure a lease in Medellin is to use a fiador. A fiador is, essentially, a co-signer, who guarantees your rental contract for you and will be liable if you don’t pay. The fiador usually needs to meet one, or both, of the following requirements:

These are difficult requirements for many foreigners, because not a lot of people know property owners in Medellín, or would even feel comfortable asking them to co-sign if they did. Additionally, the local revenue requirement is difficult to meet, as revenue in a foreign bank account does not count. If you’ve found the perfect place, but a fiador is non-negotiable, fiador services are available for hire. However, it might simply be easier to avoid fiadors altogether and consider these other options.

Option #2: Put money into a CDT

After explaining to the rental agencies (inmobiliarias) that I did not have and did not want to hire a fiador, the next option they offer is that of the CDT. Essentially, somewhere between 6 months and 12 months rent is frozen into a bank account, in your name, for the duration of the contract. You continue to make the monthly rental payments, and at the end of the contract, upon moving out and giving the apartment back, the money is released to you.

If you have plenty of money, this option isn’t a bad one, because you’ll receive interest over this time at a decent rate. And I’m not aware of any cases of people having difficulties getting the money back after the contract.

If you know someone who was unable to get their CDT money back for a seemingly unjust reason, please tell us about it.

However, to me, the notion of prepaying such a substantial part of the contract, and then continuing to make the monthly payments didn’t sit well at all. If I was going to prepay so much money, I wanted to be free of the monthly obligations. So, since 2017, I have been doing the following:

It’s important to note that the vast majority of inmobiliarias will not allow this option. In Envigado in 2017, I found just one agency out of around 15 that I talked to that would permit me to prepay my rent like this. Later, while searching in Laureles last year, there were just a couple of agencies out of more than a dozen I spoke with that would allow this option.

SIDE NOTE: I would frequently ask why foreigners were subject to these stringent requirements, and the common response was that, for many years, foreigners would sign leases in Medellín and then decide they didn’t want to live in Colombia anymore, and simply return home. Many inmobiliarias were burned by these types of arrangements, so the rules were changed. (If the renter stops paying, the inmobiliaria still has to pay the owner the full amount of the contract, so they are on the hook). Incidentally, to protect against this, all inmobiliarias now use an insurance company, called an asegurador – who pays the inmobiliaria in the case of renter default. The inmobiliarias that I talked to insist that it is in fact the aseguradoras that require foreigners to provide so much to obtain a lease.

The difference between Option #3 and the CDT (Option #2) is that with this third option, I prepaid 6 months of rent, but then did not have to continue making monthly payments. I simply prepaid 6 months at the start of the contract, and then a second 6 months in the middle of the contract. For me it was a far superior option to #2 and something I insisted on. However, it limited the scope of my search significantly given that most agencies don’t allow it.

Option 4: Rent directly from an owner

This is the most ideal option, because it eliminates the requirements and the costs associated with both the inmobiliarias and the aseguradoras. In my searches, I frequently asked the door guys of buildings if any of the owners were renting directly. I had very little success with this strategy, but I still think it is worth considering because it can be a time and money saver if you find an owner willing to negotiate directly. This is difficult, because not many owners will directly market their properties, so it can be tough to find a place. Word of mouth could work in finding a place, but generally the vast majority of medellin apartments for rent are listed with an agency.

If you want to try this strategy but are short on Spanish, find an apartment building you’d like to live in, walk up the door guy, and say something like:

Additionally, it’s a good idea to leave your phone number with the door guy (puedo dejar mi numero contigo?), as there might not be anything that he thinks of off the top of his head, but in the coming days and weeks something could present itself. Generally, the door guys have quite a solid understanding of apartment availability within the building.

If you are planning to stay in Medellín just a few weeks, or even a few months, the short-term, furnished rental market is for you. Most people experiencing Colombian prices for the first time will find the prices in the short-term market quite reasonable.

However, if you are considering staying for half a year or more, the amount you will save in rent will easily offset the costs involved in getting your own belongings (factoring in resale value). Fridges, beds, kitchen supplies, etc. are all quite inexpensive here (not to mention how fun it is to shop for these items in El Centro), so it is certainly worth it to look into a long-term lease. There are some hoops to jump through for foreigners looking for this type of rental arrangement, but they are by no means insurmountable. Hopefully, the information in this article about my experiences searching and finding a Medellin apartments for rent will be useful.

Comment below or reach out by e-mail with any questions you have about the process.