Protests in Colombia - What Has Been Happening, and Why? ​ Medellin Advisors 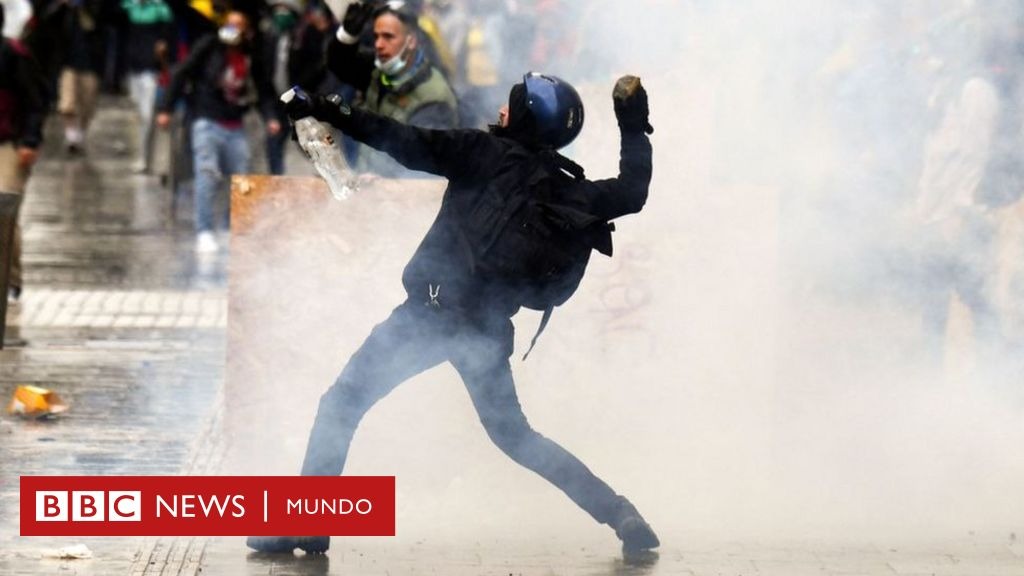 Protests in Colombia - What Has Been Happening, and Why?

Lately Colombia has been making headlines across the world, but sadly, for all the wrong reasons. Chaos, vandalism, state sponsored violence have been replayed on news stations in many places. Expats living in the city surely have had friends from back home inquire into what is happening, and if they are safe.  So what’s been going on?

President Ivan Duque issued a Tax Reform (Reforma Tributaria) that was wildly unpopular and citizens were quick to respond with what started as peaceful demonstrations. However, in many parts of the country, particularly the city of Cali, the events quickly escalated to some of the most tragic events the country has seen in recent memory.

On April 15th, 2021, the government issued what they called “Law of Sustainable Solidarity”, backed by the president and the Ministry of Finance. The measure was aimed at raising taxes throughout the economical landscape in order to face and sustain the huge amount of expenses that the government has had to go through during the Covid-19 pandemic. However, a population held hostage by the economic crisis that coronavirus unleashed wasn’t going to take a tax reform lightly, and they immediately poured to the streets, opposing the new law. Right wing as well as left wing citizens opposed the reform, creating a unity amongst people who were otherwise radically different in political life, social status and every other area of their livelihood. This gave the movement a solid starting-point and left the government with a tough decision on their hands, whether to keep on pushing forward to test the people, negotiate and deal with the concessions along the way, or fall back completely and take the losses risking looking weak and unprepared a year before presidential elections.

See Also-What Has the Response Been? Evaluating the Colombian Governments Handling of the Coronavirus Crisis

See Also-Crime & Quarantine: Effects of One of the Worlds Most Stringent Lockdowns on Security in Medellín

After the first protests started, they spread like fire through the country’s major cities.  People gathered by the thousands to try and stop what they considered to be an overreaching tax reform. Provisions to add the value-added tax (IVA) to public services and to basic food items were particularly enraging to many citizens. They felt that it could drive people struggling from the pandemic and barely getting by into abject poverty.  They also felt that small businesses were targeted by the law whereas large corporations were not.

The largely peaceful demonstrations have been hijacked by bad actors on both sides: vandalism has been rampant and allegations of police brutality quickly surfaced. The United Nations was forced to condemn the security forces crackdown in Cali, which saw dozens die over the first weekend of protests.

Click here to see Duque’s promise to address abuse by perpetrated by the Colombian Police.

While the exact number is not known, the BBC reports somewhere between 14 and 45 deaths in Cali, a city otherwise known for its cheerful and festive mood. Cali has been the epicenter of the worst protests in the entire country, and also some of the worst reports of police brutality, according to the NGO “Temblores”, the leading source of  information regarding people’s reports.

Another city that has been trapped in the conflict is the capital, Bogotá, where violence has escalated in a “brutal fashion” according to the mayor Claudia Lopez.

Police officers have been wounded, police stations burned, and protesters injured all over the place. And with thousands of people with cellphones attending every rally, there are literally thousands of videos of the chaos, which gives the international news media no shortage of material to broadcast the disturbing events. It is deeply tragic situation, with many hoping that conflict can be peacefully resolved and normal life restored in this beautiful country.

Check out the BBC report on Cali here.

Should I Cancel My Visit?

If you’re an expat, digital nomad, or someone considering a vacation to Medellin, Colombia, we are happy to confirm that the news isn’t all bad. According to Mayor Daniel Quintero, despite weeks of unrest that has rocked Medellin as well, the city has not recorded any deaths or disappearances.

This is not only a testament of the goodwill and behavior of the Paisa people but it also turns Medellín into a beacon of hope for the entire country. A city where everyone’s voices can be heard and where disagreeing is not a cause for the type of violence that can result in deaths.

Additionally, while some of the protests have taken place in and around Parque Poblado, the vast majority of the violence has taken place outside the Universidad de Antioquia, which is about 20 blocks north of El Centro and a place where expats and tourists rarely visit. Thus, it is very unlikely, and would be extraordinarily unlucky, to visit Medellín and get caught up in a dangerous situation.

Open chat
1
Click to chat!
Powered by
If you want more information on business or investment opportunities in the best city in Colombia, leave me your information or contact me and we will help you.