Live the Football Fever of Medellín

In Medellín, as in other regions of Colombia, football is the most important sport – one that awakens joy and passion and an immense amount of pride in its fans. Currently, there are two very important local clubs that compete in the top division of Colombian professional football:  Atlético Nacional, winner of 29 official titles, and Deportivo Independiente de Medellín, which has won 8 titles. Both teams have a large number of fervent supporters who celebrate enthusiastically with every victory and suffer greatly with every loss. Their intensity emulates the passion for football in Medellín.

The amount of diehard fans isn’t surprising given the storied history of Antioqueño football in Colombia. The Medellín Football Club was founded in and rebranded to Deportivo Independiente Medellín, with a new shield, current red and blue design, and the letters “DIM”.

Their rivals, Atlético Nacional didn’t come along until 1947 under the name of Club Atlético Municipal de Medellín, which was changed to its current name in 1950. These teams are the protagonists of one of the most important regional traditions in Antioquia: “El Clásico Paisa”.

El Clásico Paisa is a sporting duel that takes place several times each year in the city of Medellín, it is celebrated in the imposing Atanasio Girardot Stadium, where thousands of fans demonstrate their joy and fidelity with their respective teams, in a colorful atmosphere. This classic literally paralyzes the city every time it is held, being one of the most anticipated events in the region’s football world. The nightlife street in Laureles called La 70 becomes particularly boisterous, as it connects to the large stadium area at the Estadio Metro Station.

An Iconic Structure in Medellín: The Atanasio Girardot Stadium

This stadium is the largest in the region and the second largest in Colombia, being the local headquarters of Atlético Nacional and Independiente Medellín at the same time. It was inaugurated in 1953 and has the capacity to receive more than 45,000 spectators – making it a symbol of great pride for Los Paisas. It has served as the venue for important international sporting events such as: the “Copa América 2001“, the “IX Juegos Suramericanos de Medellín 2010” and more recently in 2011 the “Copa del Mundo Sub-20“.

For visitors to Medellín, this stadium is almost a mandatory stop, as it is the main sports complex in the city – covering 324,519 M² of construction. Within the sports complex is a museum, where fans can appreciate the past titles of their favorite teams, take pictures, and remember the triumphs of their idols.

The football frenzy in Medellin is not just limited to the highly anticipated Clásico Paisa. Other competitions that also attract local attention and are frequently celebrated with enthusiasm are the Copa Libertadores de América and Copa Sudamericana matches.

La Copa Libertadores is the most prestigious competition in South America.  It has been held since 1960, in which the highest professional level clubs on the continent compete against one another. The city has obtained 2 cups in this event – once in 1989 and again in 2016 – both achieved by Atlético Nacional.

As for the Copa Suramericana, it is the second most prestigious international football competition in South America.  Both are organized by the South American Football Confederation (Conmebol), in which the Deportivo Independiente de Medellín team and Atlético Nacional have had outstanding participation throughout the history of these tournaments.

As the dates of these matches approach, the Atanasio Girardot Stadium is bursting with people and a party atmosphere breaks out for several days prior to the matches. On gameday the city has a feverish pitch to it, with people donning the jerseys of the participating team in barrios all across the city.

In 2016, Medellín became an example of this feast, when Atlético Nacional defeated the Ecuadorian team, Independiente del Valle, with a goal from Miguel Borja, crowning champion of America for the second time in its history. Only the Seleccion Colombia (The Colombian national soccer team) brings out the same kind of enthusiasm in Los Paisas.

November 28, 2016, is a date that nobody wants to remember in Medellín.

On that day, fans were waiting for the final of the Cope Sudamericana that would be played at the Atanasio Girardot Stadium. Atlético Nacional was playing host to the Brazilian Champs, a team called Associação Chapecoense de Futebol.

The streets were flooded with people who were looking forward to long-awaited game. At approximately local time (UTC: -5: 00), a fatal accident occurred when LaMia flight 2933, which carried the Brazilian team, crashed in the vicinity of the José María Córdova airport in the Colombian city of Rio Negro.

According to the investigations of the Colombian aeronautical authorities, the cause of the accident that precipitated the fall of the Avro R585 model airplane was: “the exhaustion of fuel due to human error”, leaving a tragic toll of 71 deaths, among them: players , coaches, journalists, and family members. There were only six survivors, turning this event into a tragedy that mourned the entire city, fans of both teams, and the football world in general. At the request of the Atlético Nacional football team, the 2016 Copa Sudamericana championship was awarded to the Brazilian club.

In Medellín, Football Runs Through the Veins

In Medellín football passion is almost unanimous, which has been forged by more than 100 years of sports history. The triumphs of teams from previous generations are passed down like folklore from abuelos to padres and from padres to hijos. Some notable historical figures are:

René Higuita: born in Medellín in 1966, he is one of the architects of leading Colombia to be recognized on the world scene for his risky and spectacular plays, being affectionately nicknamed: “El Loco”, he played for Atlético Nacional.  With 301 matches played and just 25 goals against, he is recognized as one of the best goalkeepers in South American history. In 1995, he was also known as “El Escorpión“, remaining to date as the best Medellin player of all time. He is perhaps most well known for one save in particular – during a friendly match between Colombia and England, he cleared away an incoming  shot by jumping forward and deflecting the ball out of play with the bottom of his feet (see image).

Faustino Asprilla: Born in 1969 in the town of Tuluá (Colombian Departmento of Valle del Cauca), he is part of the successful history of Atlético Nacional. At the time of his retirement he said, “I am leaving Atanasio Girardot with the best memories, because from here I was champion for the first time in Colombian football with Atlético Nacional “.  In the 90’s he won great recognition in football in Europe, where he is remembered as one of the most outstanding players in Parma. He made history by putting an end to AC Milan’s streak of 52 unbeaten matches.  He also won the Italian Cup, European Super Cup and the UEFA Cup, as his football history consolidated ‘Tino’ among the greats worldwide. On the day of his farewell, he arrived at the stadium in a white limousine and dressed in a luxurious tuxedo for the occasion.

Jackson Martínez: Born in 1986 in Quibdó (Departamento Choco), he began his successful professional career in 2004 at Deportivo Independiente de Medellín. Playing forward, he has scored crucial goals in a number of big games, including two goals for the Colombian National Team (Seleccion Colombia) during the 2014 World Cup in Brazil.

2020 To Be Remembered with Empty Stadiums

In February 2020, the first El Clasico Paisa of the year was held, resulting in a 3-1 win for Atlético Nacional. Football was quickly postponed shortly thereafter upon the onset of the coronavirus pandemic, and forced the teams to take shelter for 6 months. To the long-awaited relief of many ardent supporters, professional football returned in September 2020 albeit with empty stadiums.

At present, as is the case in many other countries across the world, the matches are played without fans.  Spectators experience these matches sitting comfortably on the sofa at home and sharing their joys and comments through the magic of the internet and social media, rather than amongst thousands of their fellow supporters in the stadium. Under this new normal, the passion of Colombian football fans lives on.

Who are the stars?

For Atlético Nacional, the current standout is a locally born striker named Jefferson Andrés Duque. Born in 1987, he has scored 141 career goals. He is affectionately referred to by his coach and many adorers as “La Fiera”. He grew up as a fan of the team he plays for and thus is currently living his childhood dream.

For the crosstown rivals, DIM, the young Javier Arley Reina Calvo stands out, born in 1981 in the city of Cali. He is known as a great game strategist and for being an excellent two-way player.

More than 100 years ago, football emerged in Medellín with teams made up of Antioquia players and foreigners residing in the city. Expats and travellers to Medellin will not be able to escape football fever, especially once fans are allowed to return to the stadiums. If you have the opportunity to attend an El Clásico Paisa – take advantage! It is a sporting event that you won’t soon forget.

Crime & Quarantine: Effects of One of the World’s Most Stringent Lockdowns on Security in Medellín

The Extremely Low Cost of Living in Medellín, Colombia 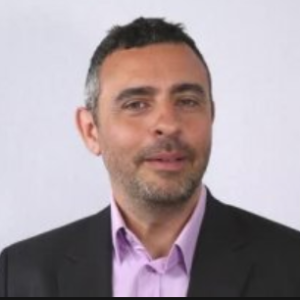 Crime & Quarantine: Effects of One of the World’s Most Stringent Lockdowns on Security in Medellín

The Extremely Low Cost of Living in Medellín, Colombia

Bogotá: A Visitor’s Guide to the Nation’s Capital

2020 The Ultimate Guide For Investing In Real Estate In Colombia

We will only send one e-mail per month, and will never share your information with others.