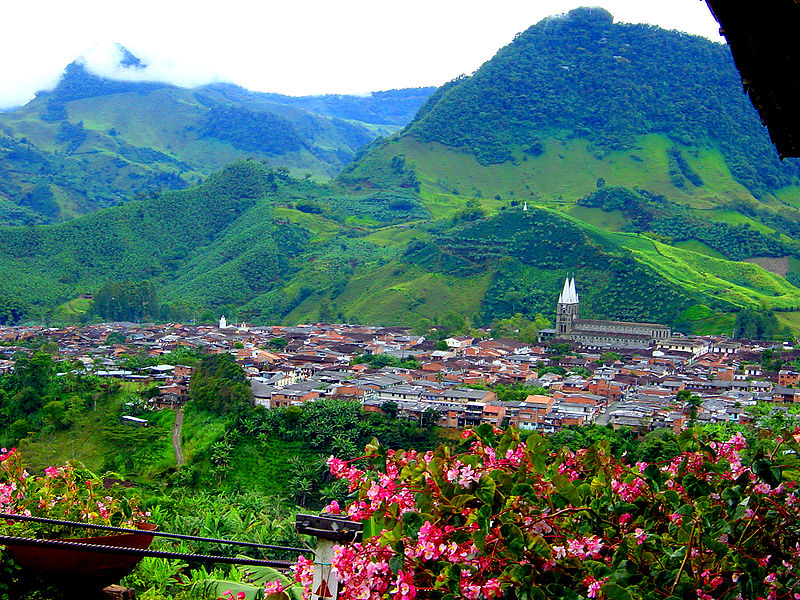 Since colonial times, there has been an authentic coffee culture in Colombia.  It is a product of great consumption in almost any occasion. In the morning upon waking up, in the afternoon and even before going to sleep, it is always a good moment to taste a delicious coffee. Colombian coffee has been recognized as one of the best in the world for its quality and delicious flavor. In the region of Antioquia, where the city of Medellín is located, it does not escape from this unbridled passion. Coffee for many is an addiction that is difficult to overcome, for others it is simply a pleasure or a daily ritual. Today there are groups of followers and lovers of coffee and a growing tourism around coffee production.

Nowadays the towns that produce the miraculous bean compete among themselves to earn the title of “The best coffee in the world”. In this article we will tell you all about this exciting topic and we will give you our recommendations so that you can visit an authentic coffee Finca and have a unique immersive experience.

Getting Familiar With The local Culture

Although coffee has its origins in Africa, it arrived in Colombia sometime in the XVIII century, when the Dutch introduced coffee to the colonies of Guyana and Suriname. Later, the crop was implemented by the Jesuit priest orders that came to the former Province of New Granada, when Colombia belonged to Spain. Since then, fincas all over Colombia have cultivated coffee, both for export and for personal consumption, so quickly coffee became strongly rooted in Colombian culture and today occupies a special place.

Coffee changed the history of this nation by dividing it before and after the arrival of coffee. Thanks to its massive production. Many families have their daily sustenance, generating thousands of jobs and export income for the country. In the coffee finca of Antioquia, the coffee growers usually narrate to the tourists the stories of their families around the cultivation of coffee. Thus there is always a place to invite – as they say here when you arrive at any place to visit: “¿Quiere un tintico”. Coffee is a symbol of joy, work and genuine friendship.

Visiting a coffee finca will give you a unique insight into the local agriculture and way of life. Although the development of industry and the commercial market greatly affected the means of production, the essence remained the same. In the region of Antioquia of which Medellín is a part, there are still small farms that for more than two hundred years have been dedicated to the cultivation of coffee, transmitting the coffee culture from generation to generation.

Why is Colombian Coffee Famous in The World?

Colombia is one of the most diverse countries in South America in every possible way. It would probably take more than a lifetime to explore all that it has to offer geographically, culturally and industrially. One of the things Colombia is most famous for is, of course, the delicious coffee. Today, you can buy Colombian coffee in almost every corner of the world. However, any coffee aficionado is excited by the idea of enjoying it where it comes from: the coffee Finca. The coffee industry is booming and there are thousands of coffee Fincas throughout the country. For this reason we have elaborated a list of reasons why you should visit a coffee Finca, especially in the Antioquia Region, if you have the opportunity to do so.

The Department of Antioquia concentrates more than 15% of the country’s coffee production, with more than 80,000 producers which generate more than 200,000 jobs and exports with a value of more than 40 million dollars. Exports of coffee from Antioquia are mainly destined to countries such as: United States, Germany, Japan, Mexico, Canada and Ecuador, among others. The following are the advantages of visiting a coffee Finca when visiting Medellin:

SEE ALSO – Is Climate Great in Medellin? Right as Rain it is

You Will Learn About The Coffee Production Process

Many of us consume coffee on a daily basis almost instinctively without knowing exactly where it comes from – whether you prepare yours in a coffee pot, in an espresso machine, or simply drink it in a coffee shop. However, if you visit a coffee finca in Antioquia, that will change. This unique experience will allow you to familiarize yourself with the entire life cycle of your morning cup of joy.

Most of the fincas in Antioquia are located just a few hours from the city of Medellín, which makes it easy to take a guided tour of all of their facilities. You’ll see where the coffee grows; if you’re lucky, you’ll even get to see the fincas planting it! Then you’ll become familiar with the process of picking the coffee cherries and everything that comes after. Sometimes the drying and roasting equipment is also on site, so you will have the opportunity to see it first hand.  At some Fincas, you will even have the opportunity to become a farmer for a day. You will be able to plant a coffee seed and pick the cherries yourself. Once the excursion and daily activities are over, you may want to relax a bit. Enjoy some local food to recharge your batteries. And, of course, the perfect end to a perfect day would be a cup of freshly brewed Antioquian coffee.

There are two main types of coffee beans, Arabica and Robusta. Colombian coffee is made almost exclusively out of arabica beans. Amongst them, we can differentiate between coffee varietals (different subspecies). Some of the most commonly produced are:

You may not know that if you have had a cup of Colombian coffee in a coffee shop you may not really be drinking 100% pure coffee. It’s just that many coffee vendors around the world mix beans of different quality and origin to reduce costs. This does not mean that this type of coffee is terrible, but it may not be completely authentic.

When visiting an authentic coffee Finca in the region of Antioquia, not only will you have the privilege of knowing the entire production process in its different stages. You can also buy coffee fresh from production. I assure you that there is no greater satisfaction for an authentic coffee fan than to take home such a representative souvenir. You will surely want to buy two or at least three bags of the coffee that you have now seen produced by yourself. Of course, you should not miss taking pictures of the moment and even a video of such a unique immersive experience.

So enjoying the coffee on the Finca where it was planted and grown is an experience of a higher level for a true coffee aficionado. We are sure that, once you try it, you will notice the difference between good local coffee and generic store-bought coffee. Luckily, you will be able to take some of that experience home with you. Most fincas allow visitors to buy their coffee. Be sure to bring plenty of cash, as many fincas do not yet have credit card machines. You can choose the type, the amount, and whether you want it ground for you instantly.

SEE ALSO – The Inspiring and Transformative Journey Of Medellín

Why stop with the coffee if you have some extra space in your luggage? Chances are you’ll be able to get some other coffee-related equipment like cups and pots. Unique things like that are always lovely pieces of memorabilia. They can also make a nice gift for your loved ones. However, you must pack fragile items with care if you want to protect your souvenirs for the trip back home.

For useful tips on your next trip or move. Check out this article about How to pack fragile items.

Enjoying The Landscape with a Delicious Coffee

Colombia is a country with a great geographical diversity. From great mountains to deep tropical jungles, it has it all. Colombia’s most extensive mountain range is the magnificent Andes mountain range. It is home to some of the most breathtaking landscapes in the world. Due to the perfect proportion of sunny and rainy climate, it is precisely here where most of the coffee fincas are located. The most famous coffee regions are part of the so-called “coffee triangle”: Caldas, Risaralda and Quindio and Southeast Antioquia. All of them are relatively close to Medellin, so taking a long weekend to visit a coffee finca would be perfect.

Staying at a coffee finca is a once in a lifetime experience. The landscape is very diverse, but everything fits together. You can enjoy beautiful views of green fields, rocky mountains and wild rivers. If you are interested in doing some more hiking during your visit, feel free to ask the locals for a recommendation. Another essential thing to keep in mind is that the climate in the region remains more or less constant throughout the year. Therefore, every time you visit a coffee finca in Antioquia, you will be greeted with the same fantastic scenery, hot coffee and to top it all off, the magnificent hospitality of the Paisa people that live in these lands.

Whether you come to Medellin for tourism, vacation or if you stay for a longer period of time, you will find many activities to do here. Obviously if you are an avid coffee drinker, you probably know you have come to the right place, so planning a visit to a coffee Finca in Antioquia should be at the top of your priority list.

However, even if you are not a coffee fan, we recommend you to live this great experience. Which is always unforgettable for any expat, as it will give you a deep insight into the local Paisa culture and daily life. This is something that is always appreciated.  If you want to know more about Medellín and places to visit or opportunities to do business and invest. Leave me your contact information to help you in the process.