Is Medellín Safe To Live in 2021? - Medellin Advisors 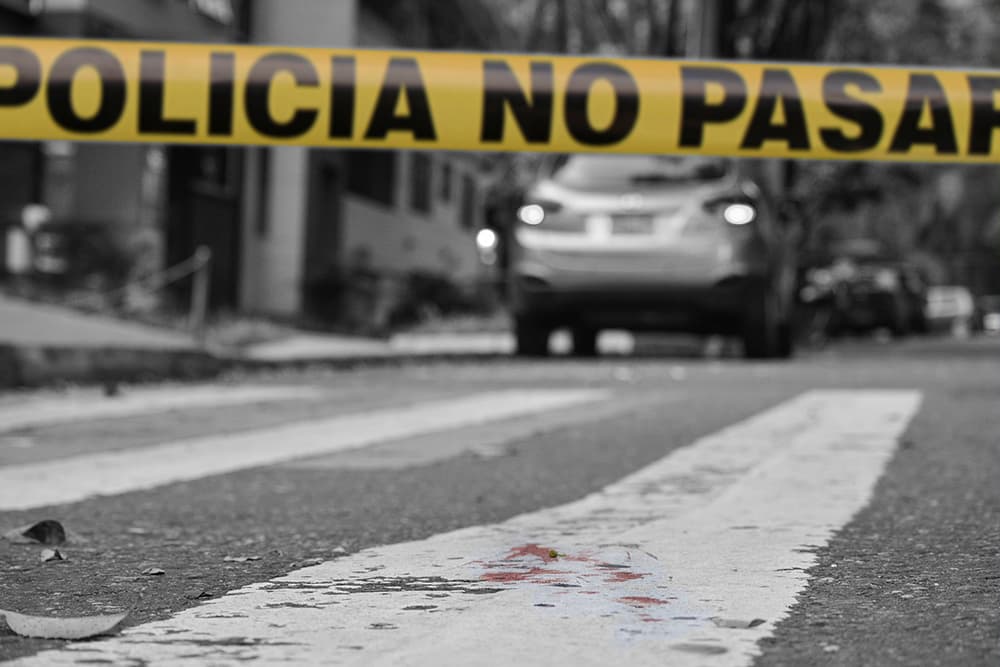 In the first couple weeks of September 2021, a string of highly publicized deaths of foreigners caused concern with the Medellín expat community. The first occurred when the body of a Dominican tourist was discovered in a hotel room in Medellin’s Poblado neighborhood, a day after he was last seen in the area on September 5, 2021. The room and body showed no signs of violence. The cause of death was determined to be some type of poisoning.

The second incident occurred on September 14th, in the same area. An unidentified foreign man, believed to be of North American origin, was also discovered dead in a luxury Poblado apartment. Foul play is suspected in this case as well, although it has not officially been ruled a homicide yet. A third death with a harrowingly similar storyline (found dead in a hotel room in El Poblado) just a week later caused even more concern, as did the death of a woman from Czech Republic in Jardín, Antioquia around the same time.

Naturally, given these tragic stories, many people in North America and Europe may be asking themselves if, as the pandemic winds down, Medellín, Colombia is a safe city to visit or live in.

This article will look at police data from this year, and compare it to other cities in Latin América and USA to help determine if Medellín is safe to visit in 2021.

– No quarantine required?
– No confirmation of double-vaxxed status?
– Not even a PCR or antigen test?

As of this writing, Colombia is among the most open countries in the entire world. Along with México, Costa Rica, and the Dominican Republic, Colombia is among the countries with the least COVID-19 travel restrictions in 2021. That’s not to say that the Government did not take the pandemic seriously, as restrictions on travel and movement were commonplace for much of 2020 and the start of 2021. But now, as the pandemic drags on many have been vaccinated, the Government has prioritized ease of movement over all else, and the foreigners are flooding back in.

Before the pandemic hit and shut down most of the world, Medellín was one of the top destinations in Latin América for tourists, digital nomads, and expats. As Covid cases and deaths continue to plummet across the country, this trend seems likely to be reestablished.

Now that the world is opening back up again, people are once again looking at Medellín as a top global destination to visit, work, and live. But, they also want to know how the pandemic has affected security in Medellín.

When it comes to crime affecting foreigners in Medellín, the biggest thing to look out for is robbery. In 2019, there were approximately 25,000 reported personal robberies in the city. The following year, however, saw a sharp drop, with less than 18,000 personal robberies reported.

Naturally, the pandemic played a role in this drop, as the initial shutdown and following quarantines and curfews meant that there were less people circulating in public for a large part of the year. So, now that life in Medellín is getting back to some semblance of “normal”. Because of the above, people may wonder: are there more robberies in the city now?

Why is Robbery Going Up in Medellín?

According to an article in El Tiempo, the Metropolitan Police of Medellín have captured more than 2,200 people for the crime of robbery in 2021. This may sound like a lot, but there have been approximately 14,000 reported instances of robbery in Medellín so far in 2021.

If we average that out to 1,555 robberies per month for the first 9 months of the year, and apply that average to the remaining 3 months, we can estimate that Medellín is on track to have a total of less than 19,000 reported robberies for 2021 — more than in 2020. But still far fewer than in 2019.

This decrease could be in large part due to the implementations of anti-theft squads of police in different parts of the city. Especially in areas like El Poblado where criminals often target tourists, foreigners, and businesses because of the perceived wealth in the area.

These anti-theft squads set up roadblocks to stop and search drivers of motorcycles (the preferred getaway vehicles of criminals in Medellín). They also carry out foot patrol throughout the city – their presence in the tourist areas is particularly notable.  The police even carry out undercover operations to catch criminals in the act. For example, they may pose as customers in restaurants to catch thieves who are targeting unsuspecting diners or business owners.

What About Homicides in Medellín?

So far we’ve seen that robberies in Medellín are on pace to be less in 2021 than they were in 2019. But what about homicides? Violent crime is something that tends to affect foreigners in Medellin far less than theft. But looking at the numbers can still be a good indicator of crime trends as a whole.

The National Police records show that there were 583 reported cases of homicide in 2019 — what we’re considering a “normal” year for the purposes of comparison. Supporting the theory that COVID-19 influenced a big drop in crime in Medellín, the records show 368 reported homicides for 2020.

Though we only have data through October for 2021 so far, the numbers seem to show a continuing decline in homicides in Medellín, with only 315 cases reported for the first 10 months of the year.

Despite the highly publicized deaths of four foreigners in September 2021, the general trend in homicides across the city is down.

Is Medellín Safe According to Global Crime and Safety Indices?

If we consider the fact that both the number of reported robberies and homicides in Medellín are far lower than in 2019, and didn’t shoot back up after COVID-19 restrictions were loosened, it appears that Medellín is safer than ever. But how does it compare to other major cities in South América?

To look at crime and safety in Medellín versus other comparable cities in the region, we used the crime and safety indices from Numbeo, which is a crowd-sourced global database of reported consumer prices, perceived crime rates, quality of healthcare, and other statistics. We’ve previously used the same website to highlight the extremely low cost of living of Medellín.

As we can see, Medellín is in position #19 in terms of the cities with the highest homicide rate in South América. Therefore it is evident that fortunately in reality it is not one of the most violent cities on the continent.

As you can see from the above table, Medellín has lower perceived levels of crime and higher perceived levels of safety than other large South American cities, including two other large cities in Colombia: Bogotá and Cali. Just about every city on this list (with the exception of Caracas) is a popular destination for foreigners travelling or living in South América. So we think it provides a good birdseye view of how safe Medellín is compared to other cities you might be considering visiting or moving to.

SEE ALSO – The Inspiring and Transformative Journey Of Medellin

The above index scores show us that Medellín actually has a pretty similar level of perceived crime and safety to cities like Miami and Las Vegas, and is only slightly less safe than New York City (Medayork, anyone?). Medellín is also much safer than US cities with very high crime levels, like Baltimore, Detroit, and Chicago.

Many think that Medellín is a very dangerous place to live, because they remember the dark times when criminal drug gangs and gangs mercilessly whipped the city. Thus the name of the famous capo: “Pablo Escobar Gaviria”, was very feared here. But the government has managed to improve the security situation and defeat some of the worst criminals. Today, most of the violence surrounding the drug trade happens in the south of Colombia, near the Ecuadorian border.

Are Scopolamine Robberies on The Rise in Poblado?

Criminals using a substance called scopolamine to drug and rob victims, both foreigners and locals alike, is nothing new. But there is some evidence to suggest that instances are on the rise, especially targeting visitors to Poblado’s Parque Lleras — the city’s most notorious party zone.

According to residents and people familiar with the zone, tourists who come to the area looking for drugs and prostitutes are especially likely to be targeted.

Criminals often lure tourists with the promise of sex and party drugs, such as cocaine. But then give them scopolamine or another substance that sedates them or puts them in a zombie-like state. Once they’re unable to think clearly or defend themselves, the thieves make off with all their belongings.

Occasionally, this type of robbery can result in an overdose and death of the victim. Local media has speculated that this is the likely case in several of the aforementioned El Poblado deaths.

This is a very specific type of robbery that can be avoided by not going alone to party zones like Parque Lleras. Good advice is to not leave populated areas with strangers you meet at a bar or on the street. The most important recommendation is to avoid participating in activities that can put you at risk.

Medellín is a Safer City than Other Cities in the USA

Like any big city, Medellín has its good and bad areas, and good and bad people. However, as you’ve seen from the statistics we’ve looked at in this article, it can be considered a very safe city to visit or live in as of 2021.

Though other parts of Colombia have seen upticks in violence after years of relative peace, Medellín has remained largely unaffected by these trends. Most of the violent crime in Colombia can be attributed to conflicts between different criminal groups, and it disproportionately affects more rural areas, especially in the south of the country.

As long as you keep your wits about you and use the same basic street smarts as you would in any other big city, you can feel very safe living in Medellín. Petty crime, including robbery, is still a concern. But many people live in Medellín their whole lives without being the victim of any type of theft.

All in all, Medellín is a great choice of destination if you’re looking to get out of your home country and spend time somewhere new and exciting post-pandemic. You might even fall in love and decide to make the City of Eternal Spring your new home.