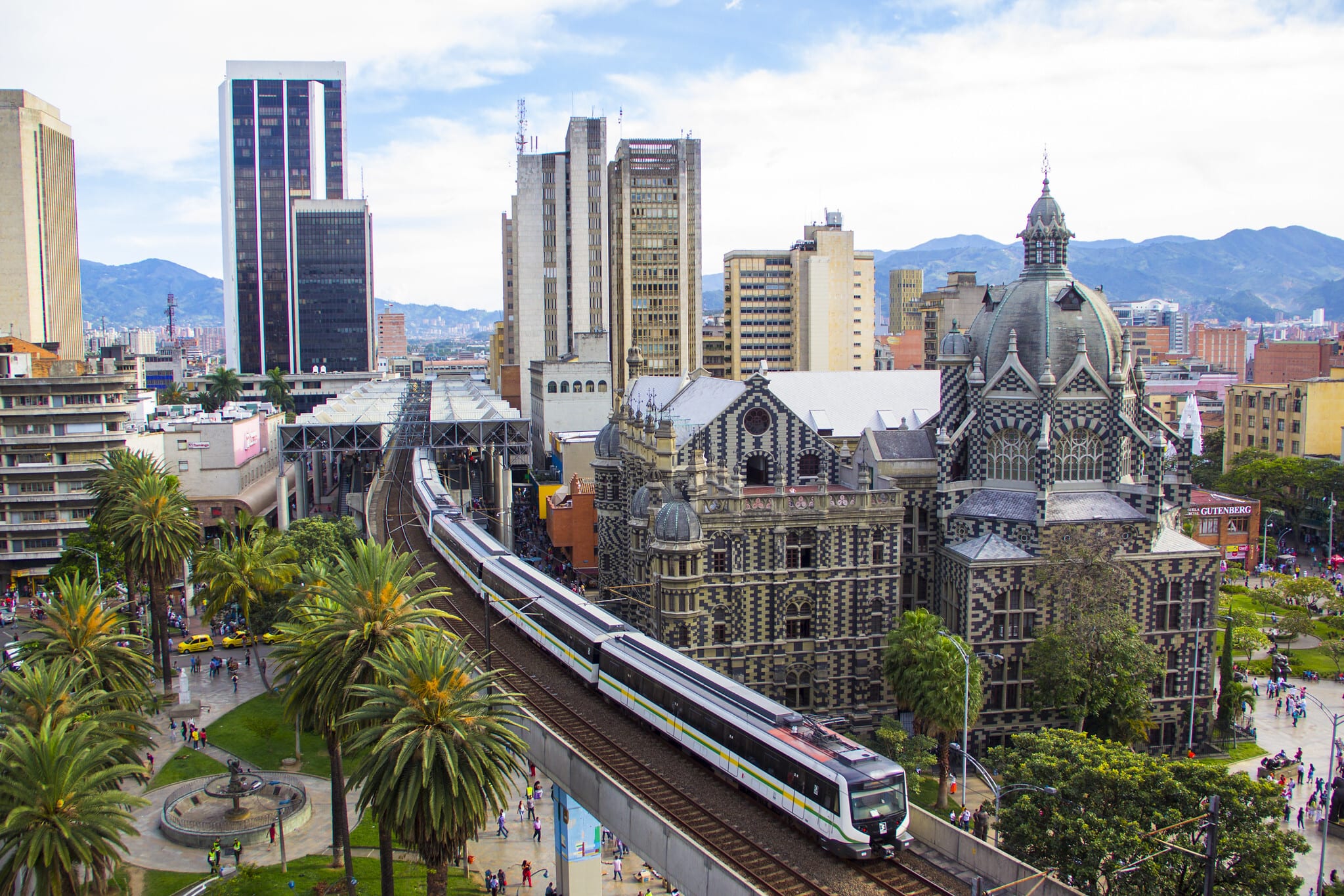 Medellin is moving towards the recovery of the economy with the reopening of several sectors that had been hit by the COVID-19 pandemic. In this article we will analyze in detail the perspectives of what is to come in the coming months and what will allow the reactivation of thousands of jobs and business opportunities in the fascinating City of Eternal Spring.

It is estimated that by the end of the third quarter of the year all commerce, entertainment, education, services and tourism will be back in operation at levels similar to 2019.

Additionally, Medellin is positioned as the first Special District of Science, Technology and Innovation in the region, with the approval of Legislative Act No.: 478 in the Congress of the Republic on June 6, 2021. For his part, Mayor Daniel Quintero Calle announced that foreign companies that come to invest in Medellin will have tax incentives and exemption of up to 100% of industry and trade taxes, as well as the institutional support necessary for their installation in the Aburrá Valley.

SEE ALSO -What Has the Response Been? Evaluating the Colombian Governments Handling of the Coronavirus Crisis

Situation and Effects of the Pandemic in Colombia

Like many countries around the world, the crisis generated by the coronavirus pandemic hit Colombia hard. As of June 2021, over 3.7 million positive cases have been treated (7% of the total population of the country has been infected). Additionally, there is a fatality rate of 2.54%, equivalent to 95,192 thousand people who have lost their lives due to the virus.

Therefore, the Government had imposed a variety of different measures, beginning in March 2020 in attempts to deal with the virus. Consequently, unemployment, business failure and financial difficulties for the country began to rise as never before in the history of the country. In general, all cities and departments were affected by several waves of infections.

SEE ALSO – Crime & Quarantine: Effects of One of the Worlds Most Stringent Lockdowns on Security in Medellín

COVID-19 in Medellín: How Has Antioquia's Capital Fared?

In the Department of Antioquia, to which Medellín belongs, the situation has also been complicated. However, the number of infections is lower and represents only 16% (572,717) of the infections and 13% (12,718) respectively of the deaths caused by the virus in the country. It is said that this is largely because the Paisa population responsively abided by the appropriate sanitary measures in time, so that, despite the great damage caused, it was no worse than other cities.

In Medellín, the joint work of the Ministry of Health, Healthcare Providers, Medical Centers, Security Corps and Mayor’s Office managed to save many lives and even impose strict sanctions on citizens who did not comply with the call of the authorities to stay at home or respect the laws. In the end, after more than a year, the pandemic is finally being successfully controlled and the occupancy rate of beds in Intensive Care Units has dropped in recent weeks. Locally, this figure (occupation of ICU beds) was the determining indicator for when strict lockdowns were imposed.

See Also – Health Care in Medellín – What You Need to Know

Economic Impact in Medellín During The Pandemic

According to a report prepared by the EAFIT University and the Pro Antioquia organization, during the pandemic more than 40% of the economically active population of the Department of Antioquia could not work.  Thus, more than 1,172,410 jobs were affected. The economic losses exceed the figure of 1.9 billion Colombian pesos.  Unemployment has mainly affected the manufacturing, construction, food services, hospitality and tourism sectors. It should be noted that Medellín was one of the first cities in Colombia to begin to open the economy to some sectors, with strict controls and protections of citizen bio-safety. Additionally, those living in the city will notice that mask usage among the local population remains very high.

Although the economic impact is still being, the business sector, hand in hand with the government, has come together for the safe and progressive recovery of all areas of the economy. In this sense, social programs have also been promoted to provide special attention to the most vulnerable population. Through the initiative “Medellín Me Cuida“, the Mayor’s Office has provided support to more than 120,000 low-income families, with the granting of bonds of food for an approximate amount of nearly $4,000,000 USD.

Economic Reactivation Plan in The City of Medellín

Medellín’s vaccination campaign started in February 2021, at the end of June 2021, people 45 years of age or older can get vaccinated in Medellín. It is estimated that more than 43% of citizens have received immunization against covid19, see in this article all the progress of the vaccination process: “Colombia is close to 17 million Covid-19 vaccinations; Antioquia to 2.4 million; Medellín to 1.1 million “.

The mayor of Medellín Quintero has stated: “The total reactivation begins with the biosafety protocols, the end of the dry law and the curfews in Medellín.” It has an ambitious plan to reactivate the economy, the entity will invest two billion pesos for various social programs and another fund of one billion pesos to generate employment for the youth of the city. A Youth Employment Summit will be held in July, which provides for the creation of more than 20,000 jobs in partnership with the business sector. Learn more about the economic reactivation plan promoted by Mayor Daniel Quintero here.

The commercial, services and tourism sector is also preparing for the events that will take place in the city.  This starts with the International Tango Festival from June 24 to 30. Later, from August 12 to 22, La Feria de Las Flores takes place, which is Medellín’s Marquee Event. Finally, in the latter months of the year, Colombiamoda and Colombiatex, among others, will return to Medellin’s events calendars. As for the Paisa’s beloved Futbol Football party, league matches will resume and the eagerly anticipated Clásico Paisa will be allowed, with spectators.

Investment in The Sectors Most Affected by The Pandemic

Another important point of the Medellin Economic Reactivation Plan is to provide support through the Bank of Opportunities, to provide credits and incentives to the areas that were considerably affected by the pandemic.  The Mayor will allocate: COP 13 mil milliones pesos for the agricultural sector, COP 5 mil millones for entrepreneurship, COP 4,2 mil millones for art and culture and  COP 3 mil millones for the informal sector respectively.

The Mayor also manages the start-up of 100 community kitchens in the poorest neighborhoods of the city, to serve a population of 76,000 families living in extreme poverty. In education, 50,000 scholarships will be awarded within the Fourth Industrial Revolution Program and 70,000 for bilingualism. Proyecto Libertad will deliver 300,000 computers and bicycles to young people over the age of 14 who sign up.

Sustainable Tourism is a Great Opportunity for Medellín

Tourism is an area of strategic importance for the city of Medellín. Before the pandemic, this sector generated more than 8% of the Annual Gross Domestic Product, so it is expected to reactivate this activity with adequate biosecurity measures to encourage the arrival of national and foreign visitors. In this sense, the progressive opening will be carried out with direct air routes to cities such as: Cancun, Mexico City, New York, Orlando and Santiago de Chile.

Medellín offers multiple advantages and everything to be more competitive with respect to other destinations in South America and the Caribbean.  Among them: an optimal service infrastructure, highly attractive natural sites, a receptive landscape culture, as well as affordable costs. In recent years Medellin has received more than 3.5 million foreign tourists with an annual growth higher than the world average, making it a fast growing tourist destination. With the pandemic ending, these numbers figure to continue to increase.

Real estate investment had a complex year in 2020, where according to experts it is estimated that the price per square meter depreciated by up to 30% in the toughest months of the pandemic, see the following report with interesting data about what happened: “Covid-19 and Latin American Real Estate: What are the rays of light? “ See more here: “The pandemic lowered the price per square meter in shopping centers almost throughout the country”. “Así viene comportándose el mercado inmobiliario en Colombia”.

Consequently, the rental of luxury properties also had a slight setback, many people who had no income had to deliver or make payment agreements with the owners. Some foreigners chose to return to their countries of origin. Some sellers inevitably sold below where they would have liked, but many others simply held onto their properties and raised prices. In a country with constant inflation like Colombia, real estate prices are continually increasing.

Some Predictions about The Future of Medellin

In general, there is growing optimism about the future of Medellin. Once the pandemic is over, the city is preparing to recover thousands of jobs and generate opportunities for growth and development for the population. The private sector and the government spare no effort to advance towards these goals. It is estimated that at the end of 2021 the recovery of the GDP will exceed 7% and the economy will be at similar levels before COVID19, see financial predictions here: “Colombia’s Top Economic Think-Tank Sees 7% GDP Growth This Year”.

The commitment of all the sectors involved will allow Medellin to continue being one of the best cities to live and invest in in South America.  There are many reasons to believe that once again Medellin will successfully overcome difficult times; the resilience of the Paisa spirit shall confirm this.

Are you interested in knowing more about the opportunities that Medellin has to invest, do tourism or live? Leave me a comment below or send me a message on whatsapp: (+57) 317-523-3469 and we can continue the discussion.

Open chat
1
Click to chat!
Powered by
If you want more information on business and investment opportunities in Medelin, leave me your information or write and I will gladly help you.