Bogotá: A Visitor’s Guide to the Nation’s Capital 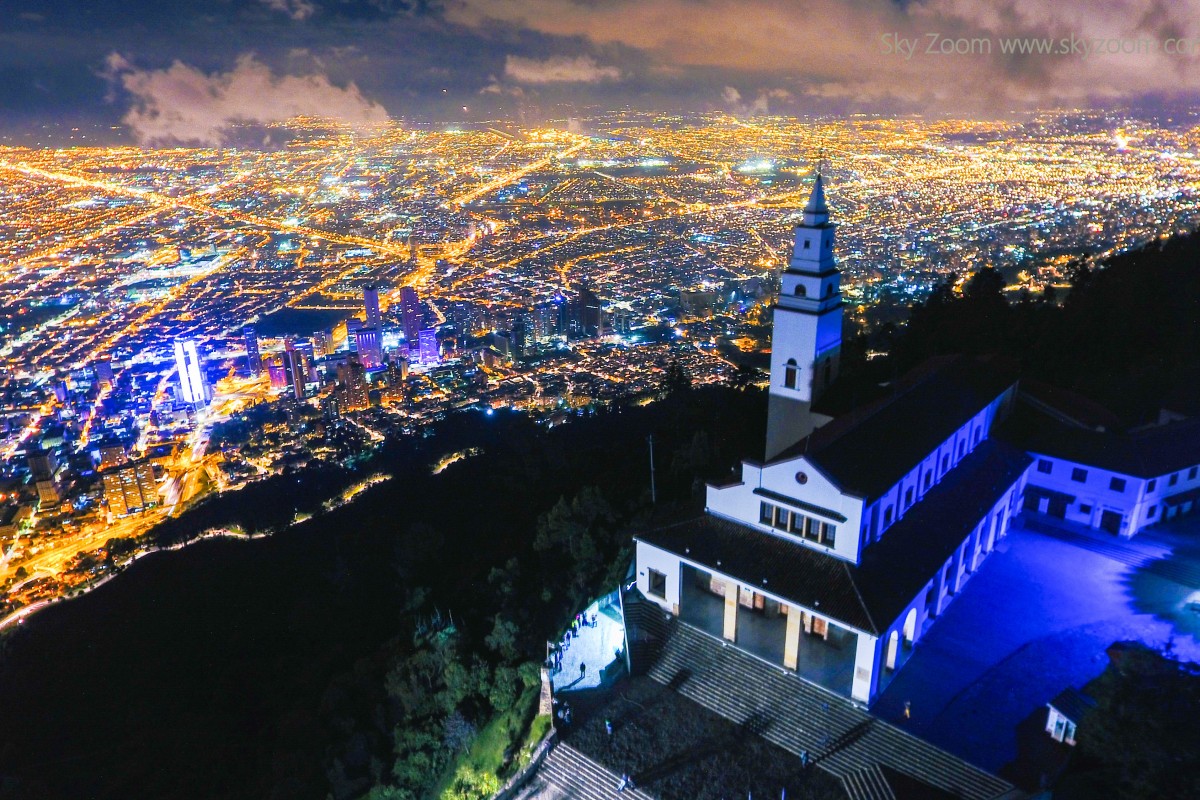 Bogotá is the largest city in the country, and naturally, planning your first trip to the city might feel a little daunting.

Where to stay? What to do? What to expect? Add to that the apprehensions about the safety and the negative perceptions of the city. To help you make the most of your stay in Bogotá, we have compiled this brief guide.

Situated at 8,612 feet, Bogotá is the third highest capital city in the world. Due to this, the city is comparatively colder than other Colombian cities. It has a mild climate throughout the year, although the weather here can be very unpredictable – sunny one moment and rainy the next.

Public transport in the city consists of a Bus Rapid Transit System called TransMilenio, private buses (busetas), and taxis. Uber and other ride sharing apps, such as Beat and Indriver, are widely available.

Where to Spend Time

Bogotá is massive, crowded, and tough to get around. If you don’t stay in the right part of the city, you could wind up wasting a lot of your trip stuck in traffic. Choosing the right neighborhood to stay in is absolutely crucial to enjoying your time there. The following are my picks for the best neighborhoods in the city.

The historic center of Bogotá, La Candelaria is one of the most vibrant neighborhoods in the city. This neighborhood is very popular due to its high concentration of touristic sites. Although it is a popular place for travelers to stay in, readers should be well aware that La Candelaria, similar to El Centro in Medellín, has higher crimes rates than other more expat-friendly areas.

Amidst the skyscrapers and fancy malls in the bustling capital city, La Candelaria offers a distinct atmosphere with its cobblestone streets and colonial buildings.

See Also – What has the response been? Evaluating the Colombian Government’s response to the coronavirus crisis

Bogotá is home to a large number of fascinating museums and art galleries, and many of them are located in La Candelaria. Visit the famous gold museum and admire thousands of stunning Pre-Hispanic gold artifacts.

If you want to learn more about the renowned Colombian artist Fernando Botero and his signature style Boterismo, there’s no better place to visit than the Botero Museum in La Candelaria.

The museum consists of several larger than life paintings and sculptures made by the artist. The main square of Bogotá, the Plaza Bolivar, is the perfect spot to admire important historical buildings featuring different architectural styles.

The trail to one of the most popular landmarks in Bogotá, Cerro de Monserrate, is only a short walk away from La Candelaria. Hike up the hill or take a cable car or funicular to enjoy the beautiful views of Bogotá from a church and lookout point high above the city.

While staying in this neighborhood, it is unlikely that you will miss the striking graffiti that covers the neighborhood. Take a graffiti tour to acquire a better understanding of the artists and the stories behind the graffiti art.

Although this neighborhood attracts many visitors and seems very lively during the day, it becomes quite unsafe during the nighttime. One should always stay cautious and take precautions while staying here.

The Usaquen flea market on Sunday is very popular among tourists and locals alike. You will find a wide variety of handicrafts, jewelry, paintings, and other locally made items for sale.

Alternatively, Hacienda Santa Barbara is a great place to shop. This mall is built around a colonial building and is a famous attraction in the city. Unicentro is another popular mall in this neighborhood.

Usaquen is a hotspot for international cuisine. Most of the restaurants and bars are concentrated near the neighborhood’s main square, Parque de Usaquen.

This park is a great spot to take a break, enjoy some delicious food, and go shopping.

Chapinero is one of the trendiest neighborhoods in the city. Several universities are located in this neighborhood, and as a result, you will find a high student population here.

Chapinero includes Zona G, the favorite spot for foodies in the city. This area is filled with numerous cool bars, cafes, nightclubs, and restaurants.

This neighborhood is also referred to as Chapigay, due to a large LGBT presence in this area. Chapinero is home to Theatron, a gay-friendly nightclub which is among the largest nightclubs in South America.

Chapinero is a great neighborhood to try some craft beer. Many of the most popular craft pubs and breweries in the city are located here, including El Mono Bandido, Cerveceria Gigante, Bogotá Beer Company and Tierra Santa.

If you don’t fancy beer, take a coffee tour instead and learn about the making of specialty coffee while tasting some high-quality coffee in the best cafes in the neighborhood.

For those who enjoy the theatre, head to Teatro Libre and watch some exceptional live performances.

Zona Rosa is the top choice for many visitors coming to Bogotá for the first time. This neighborhood has a strong police presence and is considered one of the safest in the city.

The Zona T pedestrian area is known for its lively nightlife scene. You will find a large number of ritzy restaurants, bars, and nightclubs in this area.

La Macarena is well known for its bohemian vibe. This neighborhood boasts a large number of international restaurants. You will come across many places serving Mexican, Italian, Asian, Arabic, and Spanish food. Alternatively, visit Plaza de Mercado La Perseverancia, if you want to enjoy a traditional Colombian meal.

La Macarena is home to the lush Parque de la Independencia, perfect for taking a break from the craziness of the city. This park also encompasses the planetarium, so make sure you check it out. While it is normally a nice and peaceful place to visit, Parque de Independencia is often ground zero if civil unrest breaks out in the nation’s capital

The neighborhood is dotted with numerous art galleries. Spark your creative energy by wandering through art galleries such as Alonso Garcés, NC-arte, and Espacio El Dorado.

Torre Colpatria, the 50 story skyscraper, is a popular attraction in this neighborhood. Climb to the top of the skyscraper and enjoy the stunning views of the city.

Step back in time and learn about the history of Colombia at the National Museum of Colombia, considered the oldest museum in the country.

In 2016, the peace agreement between the Colombian government and the FARC guerillas ended the conflict that had led to violence and deaths on a massive scale over the years. This agreement has helped reduce the homicide rates in the country, which were already on a downward trend. in 1993, Bogotá registered approximately 80 homicides per 100,000 inhabitants, a figure that has been reduced to just 12.7 in 2019, which was its lowest rate in over 40 years.  Visitors should not be complacent, however, as the city more infamous for its robberies. Petty thefts and street crimes are still prevalent in the city, and users of public transport should be particularly alert. Pickpocketing on the TransMilenio accounts for more than a quarter of reported crime across the entire city.

See Also – The Extremely Low Cost of Living in Medellín